Previous: 5 Pieces of Personal Finance Advice from Successful Entrepreneurs
Next: Take Stock #1: Is Lulu Lemon a Buy in 2014?
Economy

The Economics of the Olympics: Does It Pay To Host?

Ah, the Olympics. “Faster, higher, stronger” may be the official motto, but economists would add a fourth item: “really really expensive.” The cost of hosting the Games has spiralled from £732,268 in 1948 (London) to tens of billions of dollars today.

This year’s Winter Olympics, which start in a few weeks, are set to be the most expensive ever, with the Russian city of Sochi spending more than $50 billion on hosting the two-week event. That eclipses even the eye‑watering $42 billion spent on the 2008 Beijing Olympics, and tops the cost of all previous Winter Olympics combined.

In the excitement of the event, of course, nobody cares about the economics of the olympics. We’ll marvel at the lavish opening ceremony, and admire the futuristic-looking venues, and get wrapped up in the drama and excitement of all that skiing and skating and snowboarding.

But how does it work out in the long term? Will Sochi ever come close to recouping all that money? Here’s a look back at how things have worked out for other host cities over the years.

After the financial disaster of Montreal 1976 (more on that later), Los Angeles was the only city to bid for the 1984 Olympics. That turned out to be a good thing, as it cut out the usual process of making lavish promises to win the bidding process. LA ran the Olympics on the cheap, using mostly existing facilities and squeezing money out of corporate sponsors. As a result, LA 1984 was the first Games since 1932 to make a profit. As that last statistic suggested, the “Good” section is going to be quite short. Making a profit on the Olympics is a pretty rare event. Usually the organizers are forced to fall back on those old promises of “intangible benefits” like more tourism or good publicity or better infrastructure.

Seoul 1988 announced a profit of $479 million, but only by excluding $1.5 billion of government spending on stadiums, roads, subways and other facilities. If  you include that spending, then the Seoul Olympics ends up in the red like most others. Barcelona 1992 is a success story, not just because the event itself made a slim profit, but also because it revitalized a struggling city. The city demolished unsightly industrial buildings on the waterfront and created 2 miles of beachfront, rebranding the city as a popular tourist destination. It’s one of those few cases where a true “Olympic legacy” was created.

In announcing his $250 million budget for the Games, Montreal’s mayor Jean Drapeau promised, “The Olympics can no more lose money than a man can have a baby.”

There must be a lot of male pregnancies in Montreal, because the Games ended up with a total price tag of $2.3 billion. The city came close to going bankrupt, and didn’t finish paying for the Olympic Stadium until 2006. Smokers ended up paying the penalty, with the Quebec government introducing a special tobacco tax to cover the cost of what became known as “The Big Owe.”

Montreal finally paid off its Olympic Stadium in 2006, 30 years later

But Montreal is not alone. Plenty of Olympics end up costing far more than planned, and leaving behind a big mess.

Think Athens 2004. The cash-strapped Greek government spent a then-record $15 billion on the event, more than three times its original budget, and the resulting debt load of €50,000 per Greek household contributed to the financial crisis of more recent years. There was little in the way of legacy either, with 21 of the 22 Olympic venues remaining unused. Athens did end up with a good public transport system, but paid a high, high price. 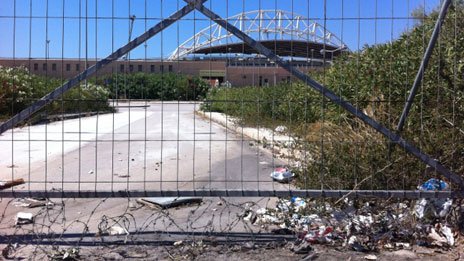 One of the 2004 Athens Olympic venues that remained unused

Pretty much any official Olympic cost estimate should be treated as something to point and laugh at. The London 2012 Olympics went three times over-budget, and the average cost overrun is 179%. The original estimate for the $50 billion Sochi Games? $10.3 billion.

The bottom line: Economist Andrew Zimbalist, who’s studied the costs and benefits of the Olympics extensively, estimates that the summer Games could bring in at most $6 billion in total revenue, of which nearly half goes to the International Olympic Committee. With the hosting costs now frequently running into tens of billions, those “intangible benefits” have to get pretty tangible pretty quickly to save taxpayers from holding the bag.

And finally, spare a thought for all the cities that spent fortunes on plans, glossy brochures, celebrity endorsements and schmoozing, only to end up with absolutely nothing to show for it. 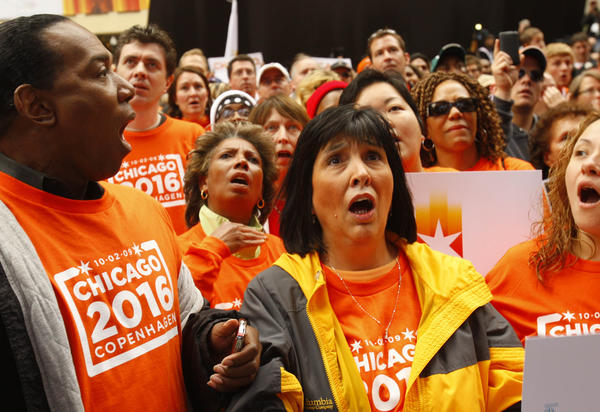 Spending millions of dollars of taxpayer money on hosting a sporting event that has limited long-term impact is bad enough; spending it on not hosting that event really has to hurt.

3 responses to “The Economics of the Olympics: Does It Pay To Host?”