Previous: The Investor’s Report Card: Is GOOG a buy?
Next: Too Big To Fail…Twice?
Investing

Don’t be afraid to admit it- you know a lot about the characters from “Saved By the Bell.” You know where they hung out after school, what sports they played, and how they overcame their caffeine pill addictions. You know their SAT scores, where they went to college, and even who they married. What you don’t know about Zack and his crew, is what type of investors they went on to become.

Investing is all about learning from the past to help predict the future, so it’s lucky that we have such a solid working knowledge of these characters. For this exercise, I’ve used what we know about our favorite Bayside Tigers to predict which stocks they would have invested in after the show went off the air. Using the helpful historical price calculator at Yahoo Finance, we can look back and see the closing stock price of each company in 1994 (the year “Saved By the Bell” ended its historic run… RIP). I’ve compared each stock price in January of 1994 to the closing price at the beginning of this month, September 3, 2013.  A calculation of percent change then tells us which of the “Friends Forever” earned the highest returns.

*Yes, I realize this assumes that they all invested the same amount of money. And that they never sold the stock.  And that one million other variables that could have affected the outcome didn’t cause a change. Relax, everyone. It’s just an exercise. Ceteris Paribus, ok.

Alright, in ascending order, here’s how the characters from “Saved By the Bell” fared in the stock market these past 19 years: 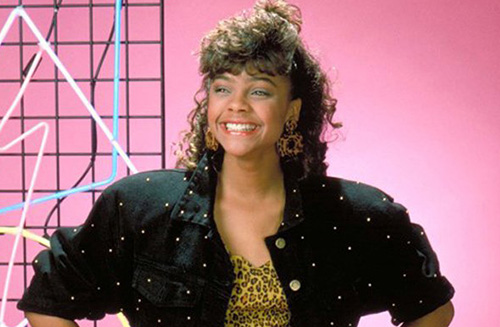 Always the definition of style, Lisa made sure to dress on the cutting edge.  Lace fingerless gloves, loudly color-blocked blazers, tulle skirts in a righteous print… Lisa had it all. And the hats to match. We can only assume that she invested in one of the 1990’s most successful luxury fashion chains, Saks Fifth Avenue.

Yikes. It looks like Lisa has less than half of the money she started with. What went wrong with the Saks stock? Unfortunately retail chains are especially susceptible to the fluctuations of the economy. When the average consumer’s discretionary income goes down, so does their shopping. Sadly for Ms. Turtle, the market does not appear to be looking up for her any time soon. Sales for Saks Fifth Avenue were below expectations last quarter. Much of the retail sector appears to be down, in fact, as Saks’ competitors Macy’s and Nordstrom saw a drop in sales as well. For Lisa’s sake, let’s hope this turns around. And as far as her fashion sense is concerned, maybe she should start hitting up Forever 21. 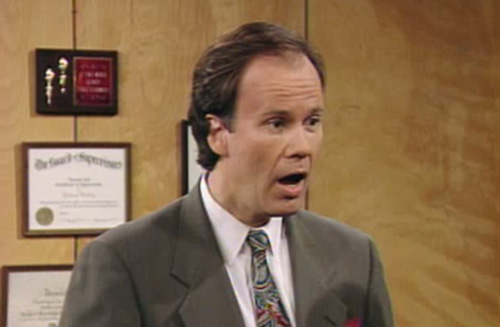 Now, a lot of people won’t remember this, but Principal-ing wasn’t Mr. Belding’s only passion, oh no. He loved music, and served as Bayside High’s DJ back in the 60’s. As a radio pioneer, Mr. B probably would have been on the forefront of investing in Satellite radio. Let’s imagine that he jumped right in and bought shares of Sirius radio when they became available. He seems like the type to listen to Howard Stern in his office, shake his head disapprovingly and think “Hey Hey Hey Hey! What is going on here?”

Mr. Belding’s returns here are a testament to the importance of timing in investments.  He certainly had the right idea when he invested early in an emerging technology; in the late 90’s Sirius’ stock continued to climb until peaking at $61.00 in February of 2000.  Had he sold at their height, he would have seen an eye-popping 1,217% return.  Unfortunately, Mr. Belding just couldn’t let go, and SIRI’s stock price plummeted in the next year. By October 2001 it was trading at less than $4 a share. Although Sirius saw a bit of a resurgence around the mid 2000’s when it merged with XM Radio (hence the name of the company as we know it today, Sirius XM Radio) the pay-for-subscription model does not seem to be able to compete with today’s steep digital music competition. The emergence of free internet radio, for example, has made keeping Satellite Radio subscribers a challenge.

In this investment, what Mr. Belding did well was seek out an emerging technology and anticipate the effect it would have on the marketplace. What he did poorly was continue to re-evaluate the marketplace as new technologies continued to change the landscape. As a consequence, it appears he doesn’t have too much of a nest egg to leave little baby Zack Belding. 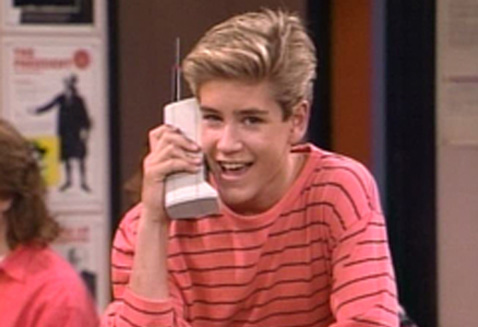 It will surprise a lot of you, as it did me, that Zack didn’t land at the top of this list.  Ever the entrepreneur, Zack had the moxie and the social skills to really become successful.  And don’t forget about his smarts- the kid got a 1502 on his SATs. While Mr. Morris did alright in the market, he didn’t quite have what it took to get one of the top spots. Zack most likely chose to hitch his investment wagon to Motorola Solutions, Inc. Is that any surprise, given his notoriousness as an early adopter in the cellphone sector?

When a stock “splits” the total number of shares is increased, while the total amount of capitalization stays the same. What this meant for Zack, is that his total investment didn’t waver, but his number of shares doubled. For example, if he had owned one MSI share in March of 1994, it would have been worth $52.66. In April, after the 2:1 split, he then owned 2 shares, each worth $25.67.

Because Motorola’s share prices continued to increase over time, this worked out pretty well for Zack.  He improved his returns exponentially by having his amount of ownership doubled. And that’s why Zack continues to use a Motorola phone today. Just kidding!  He uses something so high tech and inarguably cool that we don’t even know about yet. 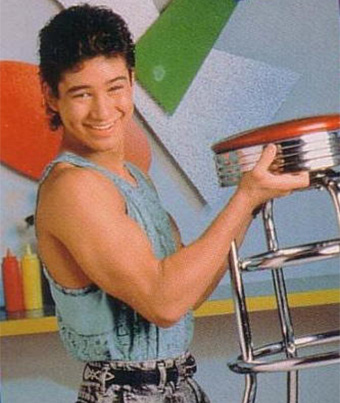 In addition to great wrestling skills, Slater was a star QB for Bayside High.  Famously, the jock of all jocks was “All City in four sports.” It’s likely that Slater went on to play in the NFL. Then, naturally, his rational career path would be parlaying his football success into television appearances, eventually shocking the nation by winning his season of “Dancing with the Stars.” In addition to the high income it appears he’s earning, it’s likely that his investments are also bringing him steady returns. As an avid athlete, AC probably chose to invest in a store that he frequented for sporting gear, Foot Locker.

Something important to remember about Slater’s, and the rest of the gang’s, investments, is that earnings are not solely calculated by increases in share price. As a stockholder, Slater also would have received dividends from Foot Locker on a fairly regular basis.

Paying out a dividend is a company’s way to pass along a share of their profits to their shareholders; they can be paid out either in cash or in additional shares. Not all companies do this, but as a Foot Locker shareholder, Slater received a dividend nearly every Quarter since 1994. They are just pennies, yes, but as Slater would say, life is a game of pennies….er, inches. 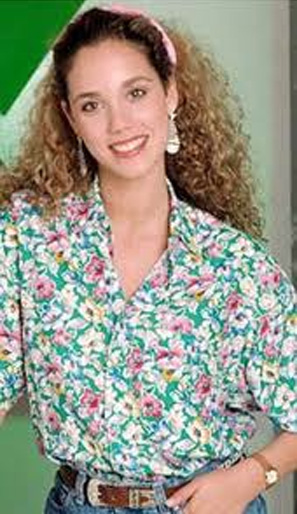 Jessie Spano: Bayside’s class president, Slater’s “Mama,” and an all-around excited person. Jessie was a smart girl, and there’s a slight chance that her Stanford obsession may have driven her to invest in some Cardinal related tech start up. However, it’s hard to deny your roots, and the Spano family was rooted heavily in the Marriott Corporation. Her Dad owned and managed the Marriott Desert Sands!

The gains Jessie, and the rest of her family, are seeing are consistent with the rest of the Hotel and Hospitality industry. Not only are shares of Marriott International trading at their highest value in the past six years, but the shares of one of Starwood Hotels and Resorts are also peaking. This isn’t to say that it has all been breezy; in February of 2009 MAR shares fell to $13.20. However, as the economy begins to rebound from the recession, the Hospitality industry is following suit. Congrats, Mama. 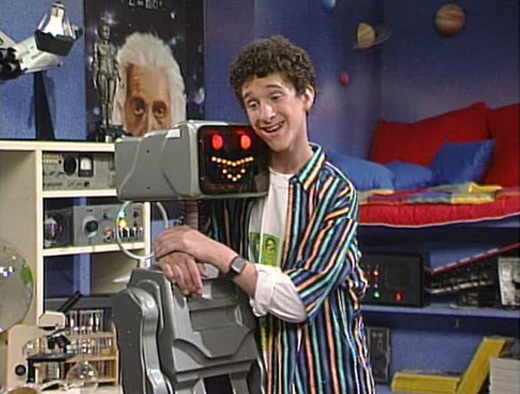 We all know Screech didn’t have the greatest social skills. But what he lacked in suavity, he made up for in technical know how. His robot Kevin melted many a heart, and the fact that Screech programmed it himself helps explain how Screech became Bayside’s Valedictorian. The kid has brains. It would be only fitting for Samuel “Screech” Powers to invest in a computer corporation; I expect he chose IBM.

ZOINKS! That’s a pretty good return. IBM is consistently named one of the strongest brand names worldwide, and its stock price has continued to deliver. Aside from Screech, another very smart man has also long believed in IBM’s success. Warren Buffett’s Berkshire Hathaway is one of IBM’s top shareholders. As of June 2013, they had over 68 million shares. We can safely assume Screech has a few less than 68 million, but still.  Well done Samuel. 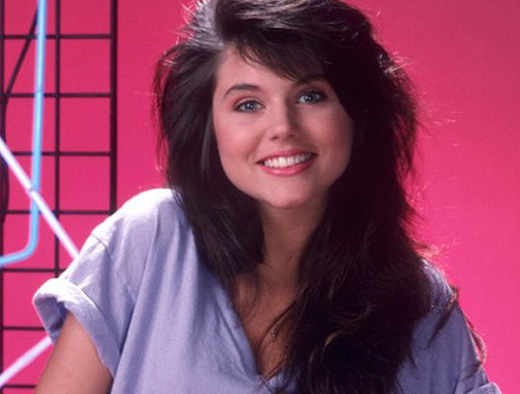 And now, here she is ladies and gentlemen: your highest earner, Kelly Kapowski.  The most highly sought after girl at Bayside, she spent much of the series with Zack and Slater fighting for her affection. And why wouldn’t she? The thing about Kelly, is she was really all things to all people. Not only was she head cheerleader, but she was also captain of the volleyball, swim, and softball teams. All the while serving as a backup vocalist in “Zack Attack.” A woman of such varied interests couldn’t be confined to just a single stock to invest in. Naturally, Kelly would have purchased a mutual fund.

Mutual Funds come in many shapes and sizes, but in general, are professionally managed collective funds that include a varied portfolio of stocks. The possibilities of investments she could have made here are innumerable, so for the sake of this exercise, let us assume that Kelly’s investment evenly represented all the companies in the DOW. We can then use the change in the Dow Jones Industrial Average to calculate her earnings.

And there you have it, Kelly Kapowski is the most successful investor from “Saved By the Bell.” Some of her friends may have beaten her out if they had sold at the height of their particular stocks, but because we are analyzing their success based on long term investments, Kelly came out on top. Let this be a lesson to us all: if long term growth is the goal, diversification is key. As for Kelly, with those kinds of returns, I’m sure she’s still pretty popular.

Now, no one can guarantee that their next picks will be as strong, but our 4.5 years of experience has been super-profitable. They also claim that since inception, their average pick is up 424% and now we believe them. You sure don’t want to risk missing out. Many analysts are saying that we have passed the bottom of this COVID crisis and stocks will recover quickly. So make sure you have the best stocks in your portfolio.

Normally the Fool service is priced at $199 per year but they are currently offering it for just $99/year if you click this link.

CLICK HERE to get The Motley Fool’s Stock Picks for just $99 per Year!

(before it’s too late)